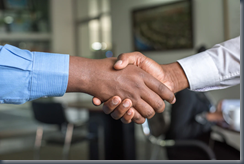 Are you living with a disability and looking for a career boost? Then upgrading to the latest tech could be the secret to unlocking your professional potential. You only need one essential piece of tech to harness the latest accessibility and productivity tools: a smartphone. So here are the best ways to put that little piece of tech in your pocket to work to enhance your career and reach your professional goals.

Smartphones Can Come in Handy for Job Seekers…

Are you on the hunt for your perfect new job? Then you need a powerful smartphone to fuel your job search! Having a powerful phone and a reliable phone plan can give you an edge when looking for a new position, because you will be able to connect with potential employers on the go. When looking at wireless phone plans, make sure the one you choose includes unlimited talk, text, and data so that you can stay connected without data limits. That’s crucial when you are out making connections and networking with other professionals in order to boost your career prospects. Networking is one of the fastest ways to snag more interviews and land your dream job, and you can also use your phone to search for industry events, join professional social media groups, and reach out to top leaders in your field. Plus, you can use job search apps to apply from your smartphone, so you won’t have to worry about missing a career opportunity.

…But Smartphones Can Also Help With Promotions

If you’re already established in your career, upgrading your phone could help you land a promotion or raise as well. In addition to getting access to the latest job search apps, having an updated smartphone in your pocket will also allow you to access productivity apps that can improve your performance as an employee. Whether you need to organize work projects or create powerful marketing content, there are countless apps that can keep your daily workflow efficient and effective. You can also use your phone to research negotiation tips that will help you highlight your improved performance and maybe even score yourself a raise.

Working with a disability doesn’t have to limit your performance, and accessibility apps can make performing daily tasks a little easier. For example, those with impaired or low vision can use apps like Envision AI to get a better feel for what is going on in the office, while workers with a variety of disabilities may find voice assistance like Google Assistant useful for performing different work tasks. Many of these apps can come in handy for Android users, but those who prefer Apple products can use accessibility apps as well. Deaf Wake can be useful for keeping mornings productive, while apps like Tattle can help professionals stay on top of current news. Even if these apps will not make your work life more productive, they may reduce stress in your personal life, which can also improve your performance as an employee and boost your career.

…and Employers May Be Required to Provide Tech for Accessibility

If you need a paid app to make your work more accessible, you could foot the bill for that subscription on your own. Per ADA requirements in the workplace, however, you could also request that your employer cover the cost of apps and technology needed for reasonable accomodations. When companies and corporations employ or hire workers who are living with disabilities, they must also commit to providing any tools or assistance to meet the special needs of those individuals. These legally required accommodations can include software or technology that allows for greater accessibility, so check with your employer about making accomodations before you pay for any smartphone apps or new tech out of your own pocket.

Upgrading to a powerful new smartphone, and having the right plan to go with it, is such a simple way to take the stress out of achieving your career goals. So check in with your current carrier and research your smartphone and app options, to discover all of the ways that a single tech improvement can make your work life easier. 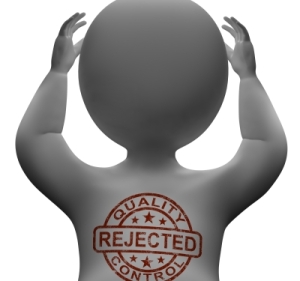 This post was first published the first week of August, 2014 by the federal government’s blog Disability.gov.  To date it has had over 1,500 hits.

As a Marriage & Family Therapist with multiple sclerosis, I write for Disability.gov, my own blog, and others like it, getting the opportunity to be a source of strength for people and their families. That’s why I was surprised when one organization denied my professional presence because I didn’t have that specific chronic illness/disability.

Though illness-specific groups may be essential to living well, the “micro” view of disability dilutes what’s important for the non-disabled world to know.  Advocating for one chronicity over another may be a reason society doesn’t see an inclusive, “macro” view of disability/chronic illness.

For inclusion to be successful the commonality between disorders needs emphasis, not the differences between them.

People’s attention span is similarly filled up.  With only 8 seconds before the brain moves on, it’s imperative that disability advocates grab attention quickly.  It’s not about the cause; it’s about whether the cause catches the eye.  Think pink.  If you associated it with breast cancer awareness, you just illustrated my point.

And when many organizations compete for the same amount of space, there’s always an organization that doesn’t make the cut. It takes lots of money to develop brand-awareness, keeping any disability in the public eye, which is where lots of fund-raised dollars go. For example, the success of breast cancer’s “pink ribbon” campaign reduces visibility of all other cancers. The “pinks” don’t even share the spotlight.

Interestingly, there’s been a pinkish backlash that the campaign is about advertisers rather than the illness itself. Some corporations may spend much more on advertising and product-development than they do supporting patients through corporate giving.

Holding a sign.   Over millennia, physical characteristics have defined which partner we pick in order to further the species.  Even today, positive physical attributes often define who we choose in a variety of situations.

Studies in social and behavioral sciences repeatedly demonstrate this phenomenon.  Ask yourself who is generally more desirable – even approachable – a pretty, smiling woman or the same woman who’s using an assistive device?

While physical traits may vary across culture and time, physical disability seems always to be a disqualification.

Different is bad.   When Mom and I went mushroom hunting, she knew what was safe to pick. Even so, except for the two of us, no one in our mushroom-loving family ate Mom’s soup. .

Most of us seek sameness:  what we already know represents safety in a dangerous world.  Like knowing which mushrooms to eat, being able to quickly pick out who is different is a survival technique that can increase our chances of being on the winning (not dead) side.  While jumping to conclusions poisons thinking, when it comes to survival, what is thought to be safe is better than being sorry.

People with visible disabilities and chronic illnesses pay a stiff toll, daily. Even de jure protections like the Americans with Disabilities Act (ADA) don’t quickly change society’s de facto attitudes or treatment. Consequently, significant portions of the population entitled to the protections of the ADA remain invisible, choosing to avoid what happens too often to the disabled in work, housing, and relationship.

The in-crowd. My mother tried to get me to act in rational rather than group-think ways by employing inter-species logic that often involved lemmings.  Like lemmings, we like to affiliate.  Higher-order species have a “mine is better than yours” mentality; no one likes to be chosen last for kickball. Put another way, a person needs to feel superior to someone else. For example, I’m sometimes told, “At least I don’t have multiple sclerosis.”

Rather than forming a coalition that has strength in numbers, disability associations are often narrowly-defined and exclusive, repelling people who don’t fit the bill (think pink). Sameness attracts the same, so when selectivity combines with disability the result may be a man who judges other disabilities as not being as prestigious or disabling as his own. Or that another chronicity is less normal than his own.

Show me the money.  Fundraising 101 teaches that attracting glamour to a cause is a win-win:  Celebs earn brownie points for social responsibility and organizations gain public awareness which they hope translates into dollars.

How successful a cause is at the funding game is based on two realities from the world of social psychology:  The group with well-produced and well-managed public relations and advertising is judged to be trustworthy and knowledgeable; and, the more followers an organization has, the more adherents it draws. The Labor Day telethon is illustrative:  highly regarded spokespeople increase giving; and the more people give, the more others are likely to give, too.

There are reasons all people don’t unite under the disabled/chronically ill banner.  If no one otherwise knew you were disabled, would you want them to know?  Do you have trouble identifying with some types of disability?  Want to escape the judgment, treatment, discrimination, politics, classism, fractionalization, in-fighting, and politics of disability inclusion?  Or do you simply have other things (like eating) on your plate?

The discomfort with, fear of, and misunderstanding of the disabled population still exists, even among the disability community itself.  Housing disproportionate numbers of the disabled, asylums existed as recently as fifty years ago. One-fourth of the nation’s disabled live below the poverty level while the federal government codifies what ought to be a moral imperative in the first place.

Disability is an 8-second sound-bite: Limbless vets, autistic kids, select high achievers. Inclusion? The disability community itself is exclusionary; perhaps we need to look for answers there, first.

Kathe Skinner has been diagnosed with multiple sclerosis for over 35 years and knows first-hand what discrimination and judgment feel like in work and relationship and is now working to adapt to a changed reality as her disease progresses.  Thankful for stability in two areas of her life, she has been married for almost 30 years and is a Marriage & Family Therapist in private practice in Colorado where she lives with husband, David, and their 2 hooligan cats.  Read more about Kathe at www.beingheardnow.com.