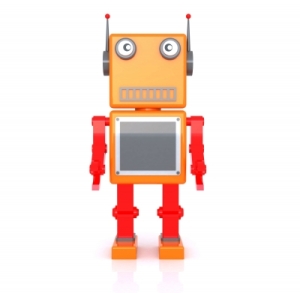 “I can’t work with someone who’s broken,” he said calmly.

The young man had just read my Disclosure, a description of rights that, as a Marriage & Family Therapist, I’m legally required to give all clients.  Although it isn’t necessary, my Disclosure also relates that I have multiple sclerosis; I don’t want clients to wonder whether my stumbling is about a liquid lunch.

Broken, he said.  Broken.  I never imagine anyone thinking of me as “damaged” – hell, even in my most self-pitying moments I don’t think of myself in that way.

I was temporarily speechless; did he really say that?

“Tell you what,” I said when I was sure my response wouldn’t betray my hurt, “think about it until next time.”  Then I went home and cried.

At our final session he admitted what had evidently been in his mind for the three months we worked together.  He was glad he’d given me a chance.  “I found out I was broken, too,” he told me.

That young man understood that no one is perfect, not even therapists.  That healers can be in need of healing, too.  By making it “normal” to have flaws —  even serious or disabling ones (his anxiety and my m.s.) — the young man was able to let go of the stigma of emotional distress, the impossibility of being perfect, that was behind his anxiety in the first place.

I still disclose my disability to clients although the passage of twelve years has made symptoms apparent that were once easy to hide.  I fundamentally believe that clients who come to therapy often do so because they feel alone with how they feel; as Roy Orbison sang, the feeling is that we’re the “only one” who experiences the depth of pain we do.  How secretly pleasing to know that the someone who slips-up, isn’t always self-assured, or doesn’t always behave the way the experts’ books say is your own therapist!

How healing to know you’re really not the only one.

Kathe Skinner is a Marriage & Family Therapist specializing in couples work, especially with those whose relationships are impacted by invisible disability or chronic illness.  She’s been diagnosed with multiple sclerosis for over 35 years.  At home in Colorado with David, her husband, and their two hooligan cats, Petey and Lucy, no one in their household believes in Kathe’s perfection.  Find information about the Skinners’ upcoming Couples Communication Workshop at www.beingheardnow.comand Kathe’s other dynamic practice and programs at coupleswhotalk.com.

Image Courtesy of supakitmod at FreeDigitalPhotos.net

I keep a book in my office and if I had a coffee table, it would be on it.

It’s red, with a coffee spill down the front that’s dried into a Rorschach-kind of thing.  Nifty for it to be in a therapist’s office.

Inside, dozens of clients have written their “should’s”.

Back when I was exploring how should’s get perpetuated, I was stunned and amazed to find myself described in the exact words I’d always used in describing my neuroses (notice I used the plural).  Admittedly, there was disappointment in seeing myself laid out like some common Rorschach wench.   I suspect that others, too, hold their depression, anxiety, mania, whatever, as a sort of badge of differentiation from others.

For others, as it was for me, depression is powerful; it was the coin of my realm and the way I bought into the realm I inhabited growing up.  Depression can get attention, especially when nothing else seems to.  That can be true in a  marriage where one partner exists with an invisible disability.   And just like for the kid who acts out, it’s attention of some kind, even if it bears a high price.

Being a therapist, consequently, has been double-edged: one edge cuts through the dysfunctional thinking, the should’s, the irrespective unfairnesses; while the other is sad to see those defenses so cut down.  What I do in my office forces me to be embarrassed at my own mental laziness.  Being depressed is hard; so is being anxious or manic.

But hey, it’s hard even when you’re not.

Kathe Skinner is a Marriage & Family Therapist and Relationship Coach in Colorado Springs, Colorado.  She comes by depression naturally as well as artificially and has recently added anxiety, for which she can thank multiple sclerosis.  Petey and Lucy, the two hooligan cats Kathe and David share their lives with, are too annoying to let depression settle too quietly in their home.  Kathe and David get out of the house by teaching partners the communication skills their relationships need.